Why Do We Have A Bicameral (Divided) Legislature?

Referendums are wonderful. They epitomize the full democratic process.

What happens, though, when a referendum shifts political power to one group or one region of our state?

Could this lead to unfair policies or even unconstitutional practices?

The legislative branch is divided to provide balance to the legislative process. Originally, one house, the House of Delegates, represented the people and the other house, House of the Senate, represented counties. Think about federal government for minute: U.S. Representatives represent the people and the U.S. Senators represent the States. In order to pass legislation, each house has to compromise on legislation prior to a bill going to the Governor (or the President) for signature into law. This is known as the Great Compromise between the states during the first Constitutional Convention.

Take a look at the following map of state legislative districts: 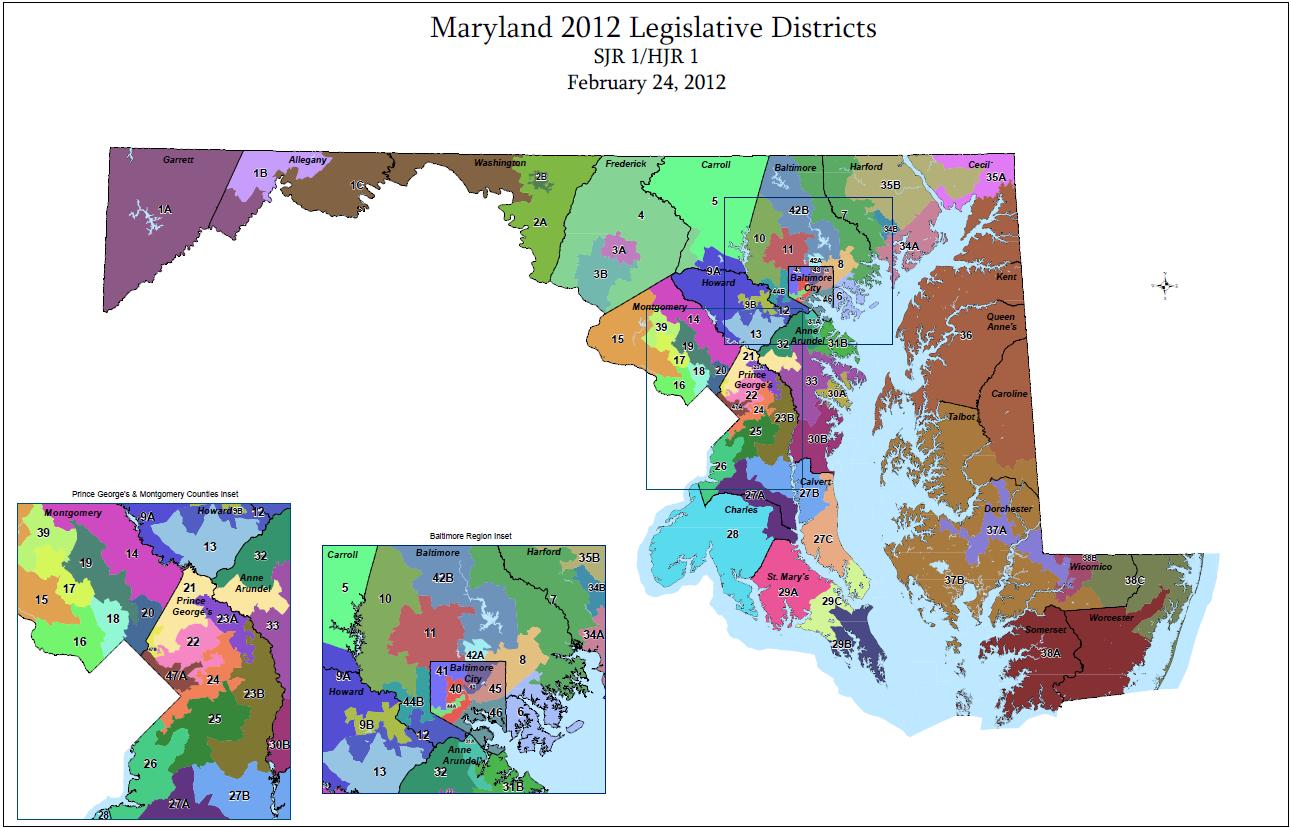 I have no argument with apportioning state delegates to population densities.

But, I do not agree with doing the same for the state senate. You can see from the map above that state senators are concentrated within the higher populated areas.

Therefore, I propose that legislation can be and has been created that benefits these areas over the rest of the state (ref: wage laws and alcohol tax revenue).

A balance no longer exists in the Maryland Legislature (or in any state).

So, in 1972, a referendum, which would be decided by a majority vote, was put to ballot asking Maryland citizens to give full legislative power to the most populated region of the state. Obviously, the most populated gave themselves the power.

This referendum was a result of a US Supreme Court case decision that required states to apportion legislators according to population densities. This decision was based almost entirely on The Equal Protection Clause of the US Constitution’s Fourteenth Amendment.

The Court stated that the apportionment of one senator to each county, under the proposed constitutional amendment, would "make the discrimination in the Senate even more invidious than at present [in Alabama]." ... Noting that the "only conceivable rationalization" of the senatorial apportionment scheme is that it was based on equal representation of political subdivisions within the State and is thus analogous to the Federal Senate, the District Court rejected the analogy on the ground that Alabama [377 U.S. 533, 548] counties are merely involuntary political units of the State created by statute to aid in the administration of state government. In finding the so-called federal analogy irrelevant, the District Court stated:

"The analogy cannot survive the most superficial examination into the history of the requirement of the Federal Constitution and the diametrically opposing history of the requirement of the Alabama Constitution that representation shall be based on population. Nor can it survive a comparison of the different political natures of states and counties."  FindLaw, http://caselaw.lp.findlaw.com/scripts/getcase.pl?court=US&vol=377&invol=533#f16

Further written by the Justice Warren:

“Legislators represent people, not trees or acres. Legislators are elected by voters, not farms or cities or economic interests. As long as ours is a representative form of government, and our legislatures are those instruments of government elected directly by and directly representative of the people, the right to elect legislators in a free and unimpaired fashion is a bedrock of our political system. It could hardly be gainsaid that a constitutional claim had been asserted by an allegation that certain otherwise qualified voters had been entirely prohibited from voting for members of their state legislature. And, if a State should provide that the votes of citizens in one part of the State should be given two times, or five times, or 10 times the weight of votes of citizens in another part of the State, it could hardly be contended that the right to vote of those residing in the disfavored areas had not been effectively diluted. It would appear extraordinary to suggest that a State could be constitutionally permitted to enact a law providing that certain of the State's voters could vote two, five, or 10 times for their legislative representatives, while voters living elsewhere could vote only once. And it is inconceivable that a state law to the effect that, in counting votes for legislators, the votes of citizens in one part of the State would be multiplied by two, five, or 10, while the votes of persons in another area would be counted only at face value, could be constitutionally sustainable.” 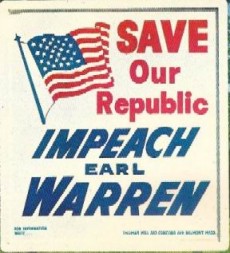 It seems that the entire precept of this decision was based on distributing state legislatures across equally populated districts, which I agree with and it is the case when considering state representatives (delegates) but not state senators.  In a state-level bicameral system, the balance of power in the legislature comes between the people and the counties. Chief Justice Warren’s argument for distribution is purely based on voting weight or magnification in the state senate for the rural areas because rural areas have few residents and have as much senate representation as urban areas. The decision, though, simply turns the table and places more voting power in the hands of the urban areas and less in the rural areas: more populated areas will have more state senators. Again, this is acceptable in the lower house (representatives), but the argument is lost in the upper house.

Effectively, Justice Warren eliminated the need for a lower house in state legislatures. As you know, the US Supreme Court can make a wrong decision. I remind the reader of a quote by President Eisenhower long after he appointed Earl Warren to the US Supreme Court,“...the biggest damned-fool mistake I ever made.” Wikipedia, http://en.wikipedia.org/wiki/Earl_Warren#cite_note-15

The only way to rectify this court decision is through a constitutional amendment that defines what a republican government should be at the state level (Article IV, Section 4, declares that the states shall have a Republican Form of Government) - even though all original state constitutions clearly agreed with the Federal model.